Attacking work: How Bayern could have beaten Chelsea 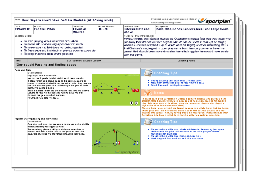 Against the odds, and some might say against the run of play, Chelsea overcame their German opponents to make history and become London's first ever Champions of Europe.

However, for all their possession and positive play what ultimately cost Munich the final was their inability to put away their chances in front of goal. Munich has 34 shots in total (21 on target) whereas Chelsea only had 9 (6 of which were on target). Had Munich been more clinical in their attacking play they would have surely won the game without the need for extra time and penalties.

As was apparent in the semi-final game that Barcelona lost, it's important to have a plan B.

This plan B attacking session looks at widening the field of play in possession and developing a positive passing game.

To get your side to move into space using a positive first touch this Champion's League session is designed to get your midfielders and attackers moving, looking to the wings to spread the play and stretch your opposition!