Positions rotate for every player.

After the attacker sprints, gets past the defence and all the passes are done and when a goal is scored the positions will be switched:

1. The attacker sprints from the starting cone and takes possession of the ball at the second cone

2. The attacker, with the ball, dribbles around the cones and then gets to the cone where defender 1 is

3. The attacker tries to get to the other cone (keeping possession of the ball) as defender 1 tries to steal the ball; if the ball is stolen, the exercise starts again and the positions rotate

4. If the attacker succeeds, then they must pass to midfielder 1, as defender 1 runs to the cone at the other side where defender 2 is standing

6. Midfielder 2 passes back to the attacker and runs forwards

7. Midfielder 1 demands a pass and the attacker does a lofted pass and runs to the next cone

9. Midfielder 2 passes to the attacker and T]the attacker demands a pass and then does a first touch pass forwards

10. Attacking team must work together against the defending team to score a goal 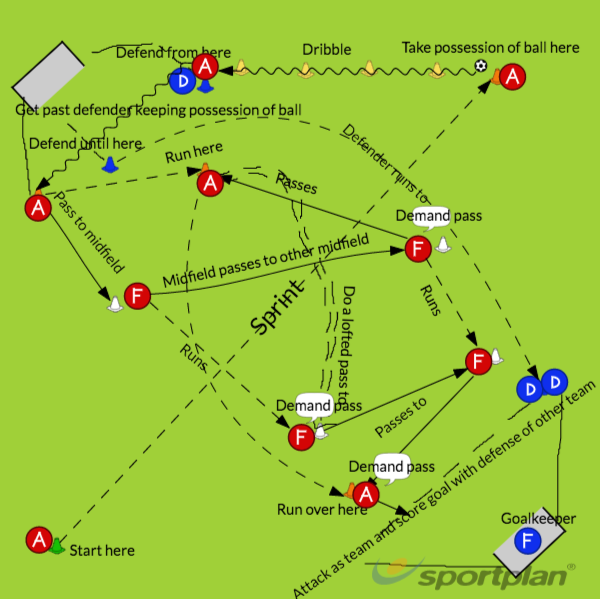