2 players standing at opposite cones.

Both players run in opposite directions as its a race against each other.

On the coach's whistle both players have to sprint around the cones until either the player behind them catch's them or they have completed a 90 second period.

The object is to sprint and try and catch the player infront of you, while maintaing a safe distance from the player behind you.

The exercise is contested by 2 groups of 2 pairs and a point is given to any individual in one of either the pairs if they catch their partner during the exercise.

Variations:  Change the spacings between the cones.

Use poles to stop players cutting the corners. 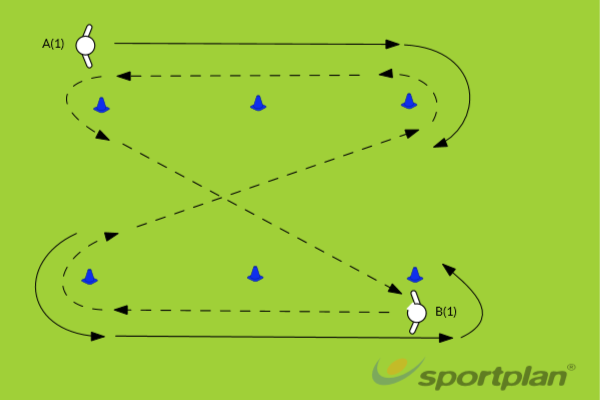 2 Steps Forward, One Step Back