Players to organise themselves into 2v1 teams and play to score into goals.

Players can rotate who plays in the team of 2 and team of 1.

Can the team of one draw out an opposing player to try and bring about a 1v1 rather than 1v2. 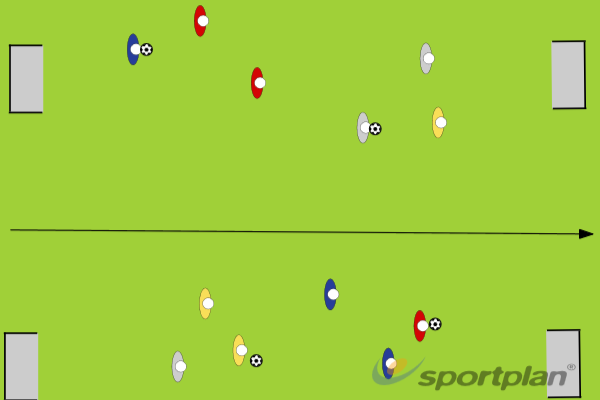 Handball Game - No running with the ball!

Over Under and In Between

Overloading to push up