Running the wickets - Fitness and Speed 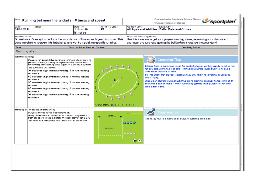 Log in to view
This Sportplan session looks at getting your players running from crease to crease, preventing the ball from reaching the boundary and working on their general fitness and speed.

When you look at the pros in action it's easy to overlook fitness for some of the more glamorous aspects of the game such as the bit hits and acrobatic takes.

However, fitness undoubtedly plays a very important part in all players' games and it's safe to say they would struggle if they weren't in shape. Strict county and country training regimes have ensured that there's no podgy-Pietersens, weighty-Wrights or morbidly obese-Morgans in England's squad.

However, running alone is no fun which is why we've made all of the exercises in this session a competition. By splitting your team in two you can race your teams against one another to see which group is quickest running between the creases. To make the games more match related the second part of the session will see the introduction of a fielders versus batters drill, the fielders will need to make two fast throws if they want to stand any chance of beating the running batsmen.

Don't let a lack of fitness hold your players back. Get them in shape today!