Defending Positions of your Offensive Defenders in the 3:2:1 System 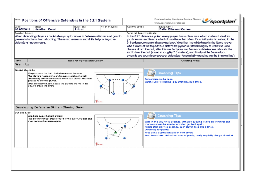 Rating: 3
from 2 members ratings
Log in to view
When in defence your players should always be trying to move between the attacker and the goal to prevent them from shooting, ensuring that no player goes unmarked, and this is precisely what we work on in this 3:2:1 defensive movement session.

To get your players creating defensive triangles and closing down the attacking dangers this zonal defending session gets your players to move as a unit, taking responsibility for players who enter their area and passing them on when they move into a team-mate's area!

In the 3:2:1 defence system every player has a clear task which makes it ideal for youth teams and teams which do not train that often. It's a fairly similar set-up to the 5-1 defence, except with an extra layer. Your first line of defence is the libero player who stands at the top of your defensive pyramid (stand roughly at 9 meters) and follows the movement of the ball, after this we find your two back-court defenders who shuffle and also follow the ball (stand at roughly 7.5 meters), and finally at the base of your pyramid are your three deepest defenders (essentially standing on the 6 meter line).

The advantages of this system is that you can defend jump-shots from the 9 and 10 meter line more closely, the disadvantage is that it leaves your team slightly more vulnerable to breakthroughs from the opposition, but as long your team are well drilled and prepared to run then this shouldn't be an issue - so make sure your players are prepared to work hard this week!