Goal keeper passes the ball to the red team around half way.

Defensive team should focus on the fast counter attack.

Once the attacking team are on the offensive line defensive team should focus on counter attack. 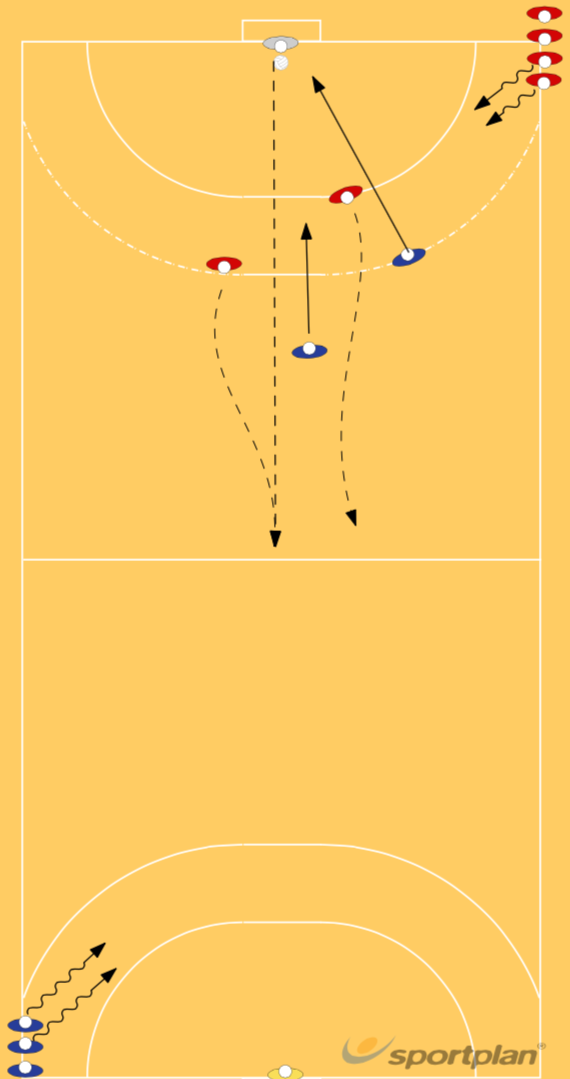 Pass and run - Recycle the ball!

Running Center Shot : give and go