A player is bowled a ball and they must try and hit the ball so it lands as close as possible to the students stood at the bases.

Once the player has hit three balls, the people stood at the bases must collect the balls as quickly as possible and and throw them in into the bowler in a controlled manner (take turns).

Once all the balls are back in the bowling square the players can then move round one place so they are stood in a different position than previously.

This drill has a particular focus on batting but also has an element of throwing and catching involved in it.

This drill can be altered for different ability groups because the people stood at the bases can come in closer so the person hitting does not have to hit is as far so they are able to focus on technique instead of power. 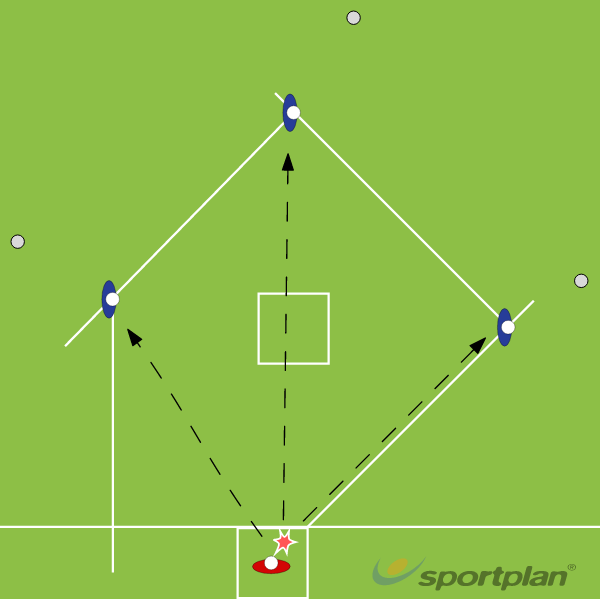 What's the perfect stance when you're about to bat?