The drill is efficient against a 6-0 defence.

This drill has to be performed in high speed for it to be perfect.

Ball handling errors should be avoided during this drill as it causes fast breaks. 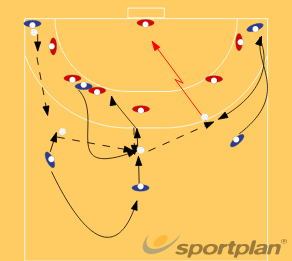 Pave the way through

Double screen - Block for the shot