6-0 Defence - Build a wall and defend your goal! 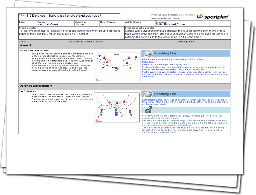 This week's Sportplan Session looks at how your team can implement the 6-0 defence to keep the opposition out with a deep defensive wall in front of your goal area!

Simply placing everyone behind the ball, between the 6 and 9 meter line, in your team's half isn't enough to stop a skilled opposition from scoring though - your players will have to communicate, move as a unit and be spatially aware to squeeze out the space, block the gaps and neutralize the attacking threat!

To make your players a defensive force to be reckoned with this week's session looks at getting your defence to work together in the 6-0 formation, otherwise known as the flat defence, defending zonally, to shift across the court and follow the ball until your team has won possession again and can mount their own attack!

Starting with a Two man shut out defensive drill your players will then move onto a three versus three and then later a four versus four, before being given the chance to put their defensive skills to the test, playing in a full court game - Will your team build a solid wall to bounce back the attack or will they crumble under the pressure?