Arms around shoulders and huddled in a circle; pre-match team talks are your final opportunity to get your players switched on and ready for the start of the game - making sure everyone knows their role in the team (see video below).

At half-time they're your opportunity to shake off complacency and keep players focused, and post-match it's your responsibility to give credit where due, and importantly to ensure your team keep heart:

The video above is a fantastic example of how to give an engaging and motivating pre-match team-talk.

If you're unsure what to say to fire your players up, or are in need of simple tips to make your locker room talks more effective, follow our simple team talk strategies below.

Below are our top 5 coaching points, from coaches from around the World.

Playing a team above yours in the league:

Try using the reverse of what you would normally say. The other team are going to go into this match all cocky and full of themselves. They will think that they have won this game before the match has even began. Now you guys have nothing to prove. No pressure and No expectations. If you lose then it doesn't matter. But the other team have everything to prove and ALL the pressure.

So go out there and show the other team that you won't go down without a fight, and they will have to earn this win.

Before a big game:

Prepare as normal, take enough time to absorb the moment, get on the court well before game time and feel the crowd, own that space. Look deep into your team mate's eyes and let them know you brought your A game.

The best way, I find, to motivate my girls, is to concentrate on what they are doing well, and what areas they need to concentrate on (just pick one or two for each player, ie stick on your player, or run forward to get the ball, jump for rebounds etc). I find giving them a task to concentrate on, helps.

Focus on the positive factors in the match and that builds on the lessons and can move on by thinking positively.

I had a coach from another code comment about how he had observed a coach at half time telling his players to "not do this" or "don't do that" so they went back onto the field thinking "don't drop the ball" and guess what happened, yep, he dropped the ball.

I always focus on the positives.

If your team are losing at half-time tell them they have 5 minutes in the second half before you consider making any substitutions - this would give us a good incentive for going out and playing well from the first whistle.

With younger players it's important you highlight process goals (pass completed / shots on target / lots of effort running around the court) rather than simply outcome goals (final score). This way even if your team are losing they can focus on the things they can immediately affect themselves.

Try to ignore the scoreboard. My players were focussing on it way too much and I could see when we got a few goals behind that they dropped their heads a bit. By getting them to just focus on playing well and scoring from turn-overs the rest will take care of itself.

Your team talk tips - taken from past answers on Sportplan

2. One size doesn't fit all

Some players respond well to the hairdryer treatment whereas others prefer a quiet word in the ear before the match starts.

The best managers judge the mood of individual players as well as the group. They walk in the dressing room with their ears open before the game, at half-time and after the game.

Your team will have prepared for this game in training, so remind them of what you've worked on and the way you want them to play - both individually and as a team. This will help to calm nerves and focus players.

Remind your team how they should play

Don't be afraid to repeat the key points 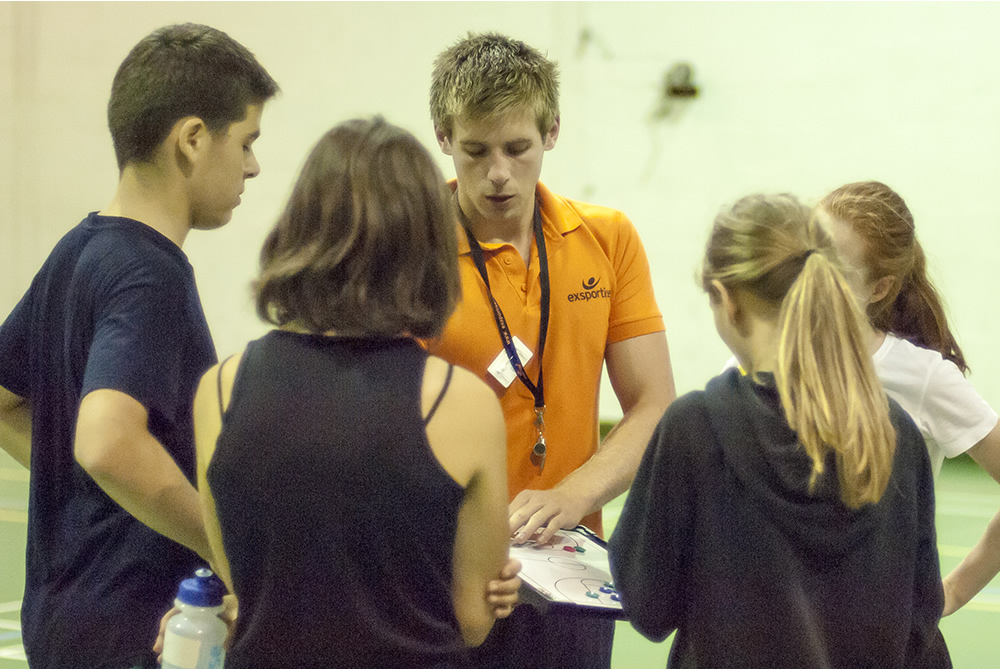 4. Communication and being vocal

Quiet changing room? Encourage players to talk ahead of the game and play their music. Not only will turning up the volume make it clear to your opponents that your team is ready for the game, it also raises your heart rate, similar to the effects of a warm up.

Being loud and positive releases the hormone DHEA, which makes you feel good and switched on for a match.

If you have any knowledge about how the other team play, the pitch conditions or the referee now is the time to remind players.

Is the pitch bobbly down on the right wing wing?

Is there a skilful player on the other team who needs to be man-marked?

Does the referee have a zero-tolerance policy on swearing?

Focus on the things you CAN control. By all means remind players of the conditions around them, to avoid mistakes being made, such as a sending off due to a slip of the tongue, but the main thing to remember is to focus on playing your own game. 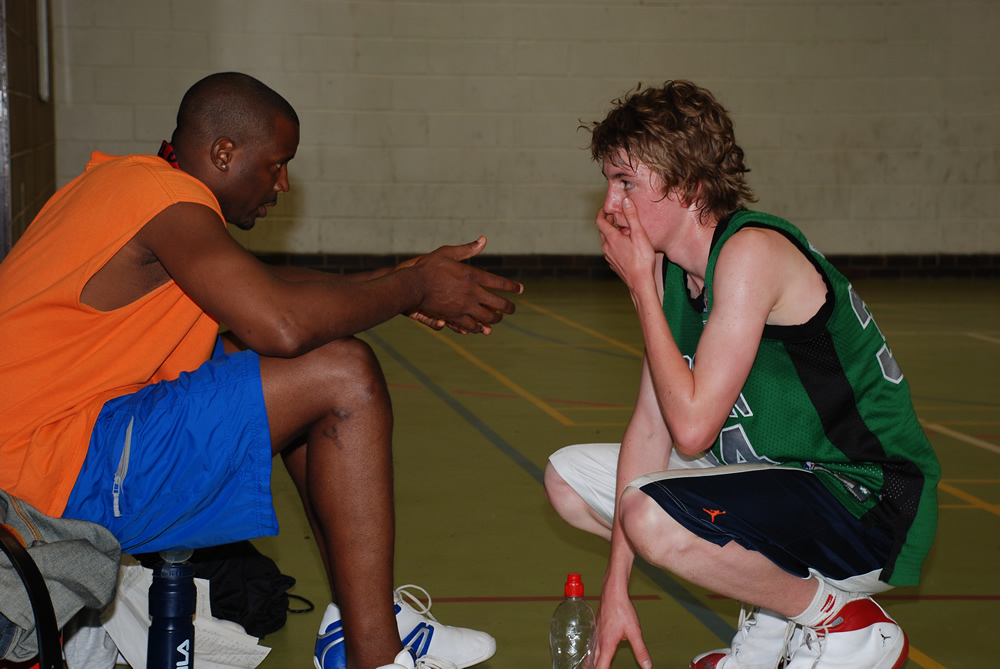