We've had to wait a year for Euro 2020 to get started but come Friday evening it will finally get underway. This Euro's will be one like no other, not only because of the coronavirus pandemic limiting the number of fans inside stadiums but it is the first tournament to be held across 13 different countries.

We take a look at who will likely be lifting the trophy come July, the talking points coming into the tournament and who might be the standout players.

All the talk in the build up for England was all about Alexander-Arnold and whether he would make the squad. Now with Alexander Arnold's injury, it could be a blessing in disguise for Southgate as he didn't really seem to fancy him in that position so now he doesn't have to force him into the team. Debate ended. Also, bringing Ben White into the squad improves the balance.

England did well at the 2018 World Cup with little expectation but there is plenty of expectation this time around so will they be able to deliver? England have been solid defensively in qualifying but it seems like the key to England winning the tournament will be if Southgate can find the right combination of attacking players and get them firing. With home advantage in the semi and final if they make it, it could be coming home.

World Cup winners France are quite rightly the bookies favourite. They've retained a lot of the players from the World Cup winning squad with the addition of the prolific Karim Benzema after his 5 year exodus from the national team.

You could argue that their defence looks slightly weaker than it did 3 years ago but it would take a faultless performance or an off day from France to send them out of the tournament. They are in the group of death at this year's tournament along with Portugal and Germany so other countries will be hoping they falter at the group stages but you'd still expect them to go through. Spare a thought for Hungary in that group too!

Will the golden generation win a major trophy? This championship and next year's World Cup will surely be the best chance for Belgium to win one before they start losing players from their golden era. They've got an inform Lukaku and a strong defence so if their playmakers Hazard and De Bruyne deliver anything close to their potential, then it could be their time.

These 2 giants have been the dominant force over the last 10 years but they certainly have faded slightly in recent years and both squads look weaker than what we're used to seeing.

There are no Real Madrid players in the Spain squad for the first major championships ever with the omission of Sergio Ramos being the major talking point. They've also not had an ideal build up to the tournament with a couple of players, including captain Busquets, testing positive for COVID. They've benefited from Laporte gaining Spanish citizenship to bolster their defence and a fresh faced squad could be the recipe for success this year.

For Germany, this is manager Joachim Low's last tournament after a 15 year stint, which could act as a great motivator for the players to give him a winning send off. Germany have looked vulnerable at the back in qualifying but they've got some exciting young attacking players that could light up the tournament and propel the Germans to victory.

The holders of the trophy will be looking to defend their title after upsetting France in the final in 2016. Their squad looks so much stronger this time around too! Portugal have got some great young talent coming through and with 2 of the Premier League's standout players at the heart of the team, Ruben Dias and Bruno Fernandes, they will be key to Portugal going far.

There have been some whispers of the starting XI being better off without Ronaldo but surely that wouldn't be the case! The 4 time Ballon d'Or winner is a big game player and has 103 international goals and you would fancy him to add a few to that over the course of the tournament.

The Azzurri have really crept quietly into contention and they have to be considered as real challengers. Despite their squad looking relatively weak compared to Italian sides of the past, they are the inform side coming in and have not been beaten since September 2018 and haven't conceded a goal since October 2020.

After missing out on World Cup qualification in 2018, this is their first major tournament for 5 years so they will be raring to go in the opening match on Friday. You expect Italy to comfortably make it out of the group but their big test will be to see how they fare when they come up against one of the other big boys later in the tournament.

Could anyone else really win it?

The Netherlands are of course in with a shout but they have lost their talisman Virgil Van Dijk to injury. You also have to throw Croatia into the mix after their strong showing at the World Cup but with an ageing team, it would take something special to really challenge. Obviously we can't rule out anyone winning after Greece's heroics in 2004!

We're all looking forward to international football taking over our screens for the next month and with so many teams in contention it's shaping up to be a great tournament.

SIGN IN WITH EMAIL
or
Sports
LATEST FROM THE BLOG 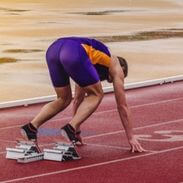 Create a resolution to develop your coaching confidence by seizing the opportunity to discover new drills, turn ideas into action and seek advice from the coaching community. 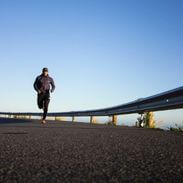 Don't find yourself having to regain fitness when you get back to sport after the Christmas break. Keep on top of your exercise plans now and give yourself a head start next year! 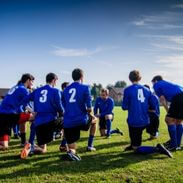 Learn To Deal With Losing

Losing is inevitable and it's how we deal with it that will help us to grow as coaches and improve our team's performance.

More info
YOUR SESSION IS STARTING SOON... Join the growing community of sports coaches plus 15,000+ drills and pro tools to make coaching easy.
LET'S DO IT