This drill focuses on shooting the ball quickly off of a pass. One player is in the box created by the four cones and three other players are about 10m away, each with soccer balls. P2 passes the ball to P1 and P1 has to receive the ball, turn and shoot while staying in the box. Player should try to get the shot off with only two touches. P1 receives a pass from all three players outside the box and then switches with another player. Players inside the box should try to turn both ways and work on shooting with both feet.

If the session involves a greater amount of players you can divide them in to lesser groups or have more players passing to the receiver. If you only have two goalkeepers you can get the players to shoot at targets that is set up inside the goals. 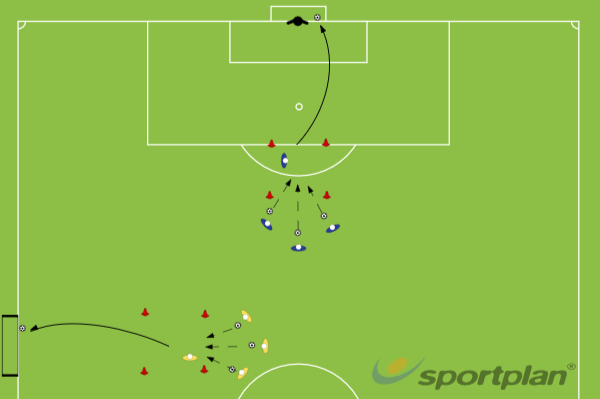