A possession positional game working on developing out style of play.

GKs are target players who are in their zone as illusatrted in diagram.

Wide players are neutral who play for the possession team along the edge of the grid.

The middle third of the field is split into smaller grids. The number of grids could chnage depending on numbers etc., but in the diagram, there are 9 smaller grids.

Possession team vs Team who is trying to win ball back and go to goal.

Possession team have to play from GK to GK who are essentially target players.

Defending team have to win ball back and go to goal - can go to either goal.

Could also play both teams are a possession team playing from end to end when they have ball.

Talk about all 4 moments of the game; this practice will allow for that.

The main emphasis of the session though, is to replicate making the space as big as possible when we have controlled possession of the ball.

Therefore, the practice implicitly has what we are looking for in our sytke. However, we still need to explicitly talk about these principles to the players. These are the fundamental principles of the game, and kids of all ages can be tauight these in addition to the technical work that we do.

Awareness, recognition, perception,  and exploitation and utilisation of space 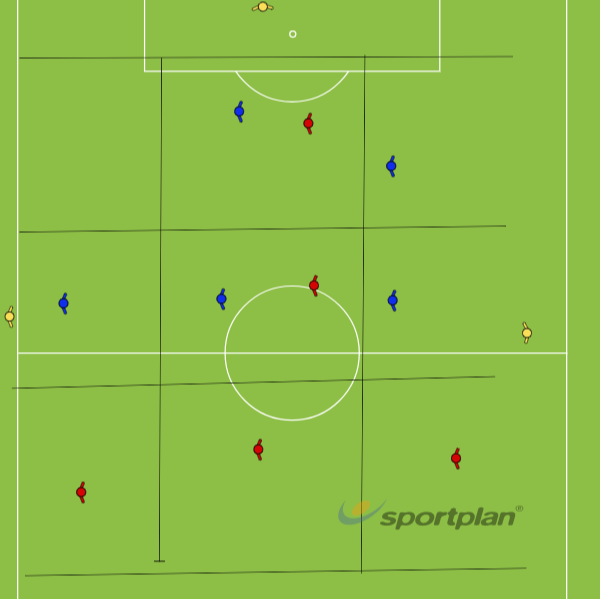