Players start from either cone and get small touches to orange cone.

dribble to orange cone and drag ball back

both palyers dribble at sam time  to orange cone and practice a faint to one side first to the right then to the left.

slow at first then quicker once they are bettter at it. 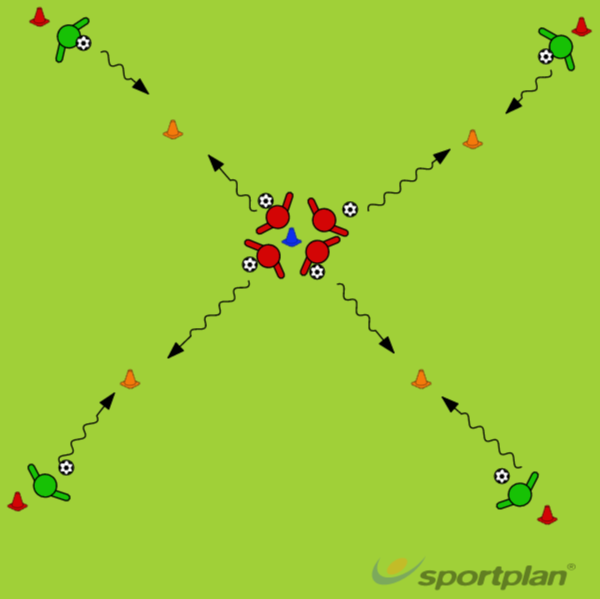