Keep ball activity. Set out a square depending on the number of players you have. Players are able to make quick decision and plan ahead on their pass. Players should count how many passes they get in a row and also try to split the defenders. If the defender wins the ball back then the player that gave it away goes in the middle. Start with two touch depending on how the players do then move to one touch.

First touch should be to open up play

Ball should be played on the floor 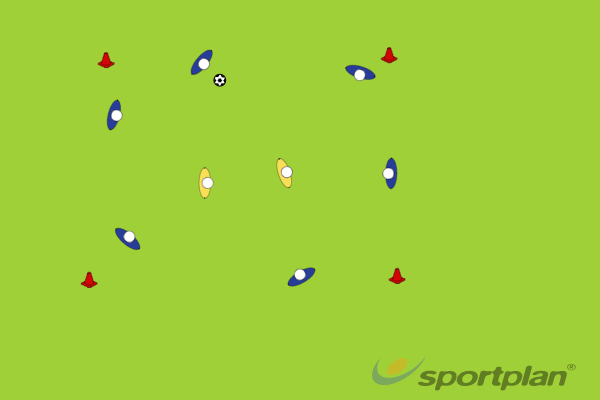