To score play the ball to your corresponding player in the end zone.

Play this game for about 5 minutes

The players can use their players in the end zone as additional passers. 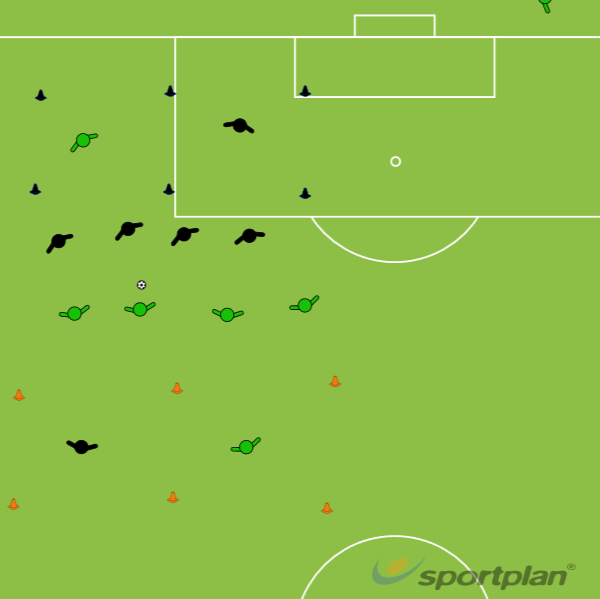 Use the width to get up the pitch