In this drill, players will start in a single file line behind the start point (cone/gate). One at a time, they will follow the course marked out in front of them, and will finish with a first-touch shot at goal on a moving ball.

Step 5: Collect ball and join back of queue

Athletes will have 3 attempts at this drill before the coach makes the drill harder. The coach will do so by increasing the distance at which the shot is taken, by adding a goal keeper, or by making the cones closer to improve player's agility. By adding in these factors, it will make the drill more intense, will prevent tedium, and will ensure players know the coaching points influenced. Coaches should pick up on athletes who may require improvement in certain areas. For example, if a player misses the goal with every shot, then the coach may allow them to take a touch to gain ball control, and then shoot. This should allow players to gain balance and will increase their chances of scoring.

The players will start the drill at the half way line, close to one side of the pitch, and will follow the course up to the 18 yard box, where they will strike a moving ball at the goal from a central area. If uncertain about how to set up the drill, see diagram. 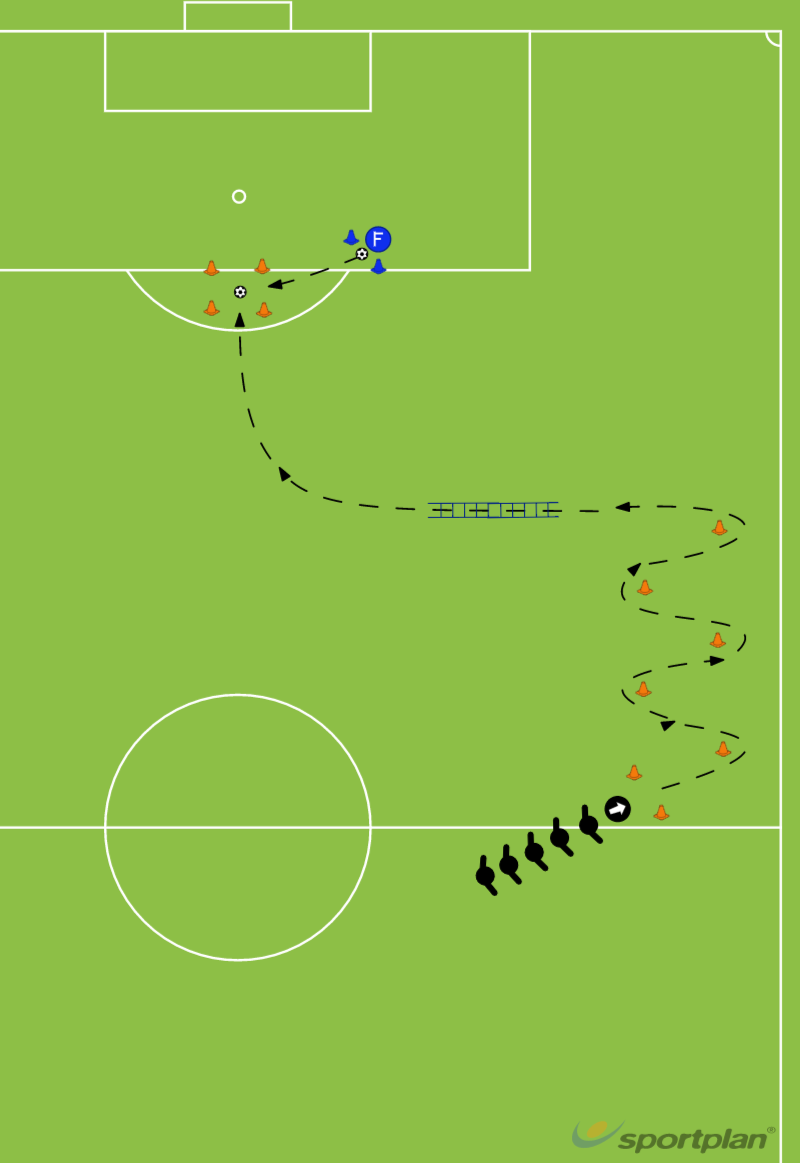