the athlete walks up to  the line and then runs the curve at a speed of 30% on the curve, the player then returns on the same curve but in the other direction, to equal the sheer force through the lower limb

make the curve tighter in angle, so the sheer forces are increased. 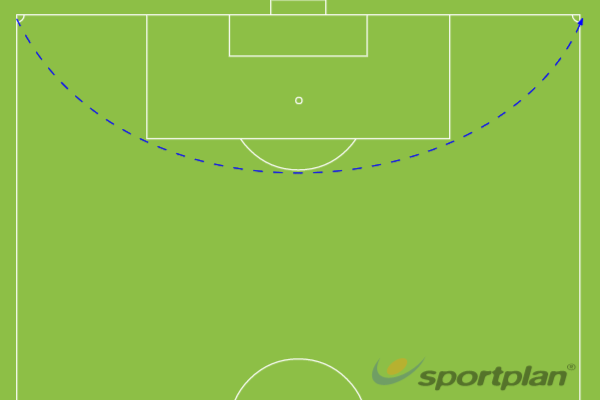