Set up a line of defenders on both sides of your 18 yard box and two lines of attackers roughly in line with the edge of the center circle.

On the coach's call the attackers should sprint towards the goal. At the same time the defender should run out and try to do the following:

If the attacker gets past their defender they can shoot on goal.

Repeat several times on both sides. All players should have a go at defending as defending is everyone's responisbility on the pitch and starts from the front the moment your team loses possession!

This drill replicates how first defenders should run out and defend against an attacker who is bearing down on goal.

Encourage defenders to run out quickly but not to over commit!

Adopt a surf position when defending, mirror the attacker and try to channel them away. 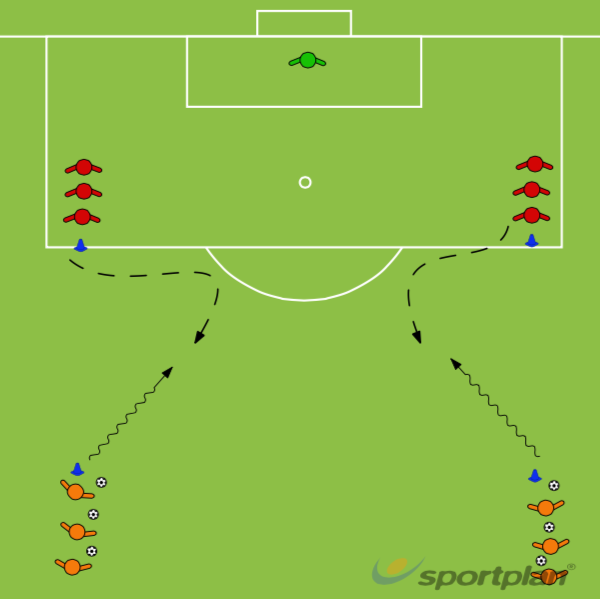