Known by many names, I've called it Rugby Netball here, the concept is this:

Players split into two teams in the Game Area.

Each side of the square is a try line indicated by cone colours.

Players must pass the ball to teammates until they can score a try at the correct colour try line.

Players must not move with the ball

Coaches allow play then call out a colour. The team in posession must then get their players in position to score a try on or beyond that try line. 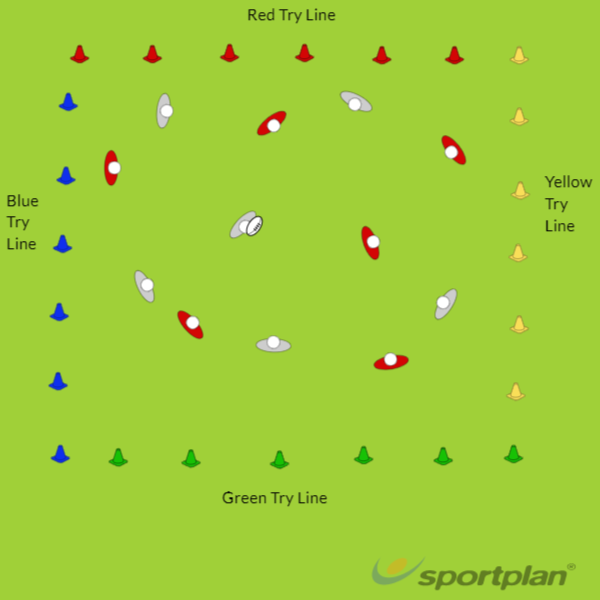