Passing gauntlet can be used as a game or a drill, for a game just make it into a race between two teams.

Phase 1: Seperate group into two teams then split evelenly with one player to run the gauntlet, stagger the players in the gaunltet as shown. 1st runner recieves ball from the left running up passes to the right, then recieves from the right to pass left, and so on.

- pistols: poiting your pistols to the catchers targets 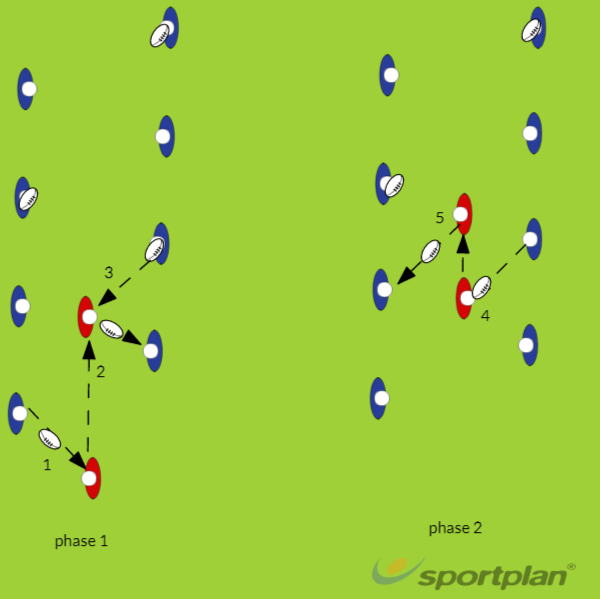