Turns round at 4th cone and passes back to partner and runs back to first cone, second player then repeats.

On second run through players use high knee technique by moving sideways.

On third run through players sidestep through the cones.

Progess to including sprint to end cone and back to 4th cone for pass.

Further progression to bigger teams and or more teams.

Ball In two hands at all times 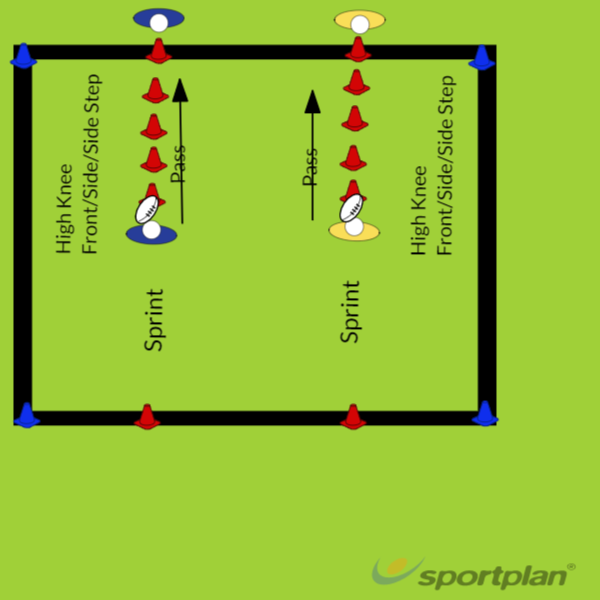 2 vs 2 colours attack and defence

Alignment - Running as a group