1.defenders 2x2 on first phase with right wing covering inside and blindside channels.

2. defenders 2x2 on second phase with scrumhalf covering their inside channel.

4. two defenders covering opponent flyhalf + inside and outside channels.

7. fullback red defend chsnnel between inside and outside centres and cover behind. 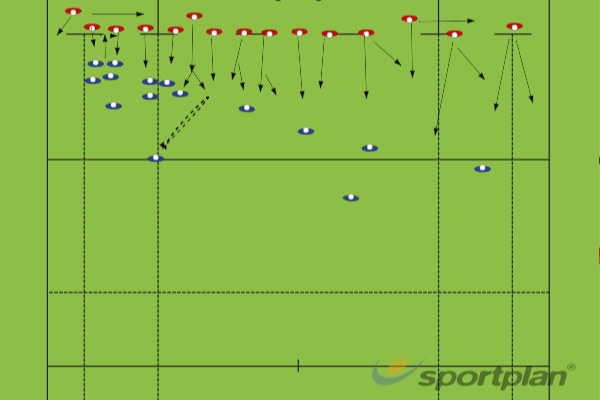