Have max.4 players behind each of the red and orange cones.

Coach starts with the ball.

Coach shouts for example 2-1 and passes the ball to the front player on the red cone. That player becomes the attacking team, the player and one team mate(2) run round the blue cone and in to the play area, at the same time one player from the orange cone runs round the opposite blue cone becoming the defender in the play area. The attackers then try to get past the defender and score a try. If they get tagged the defense wins the point.

You can progress by insisting on a minimum amount of passes for the attackers. 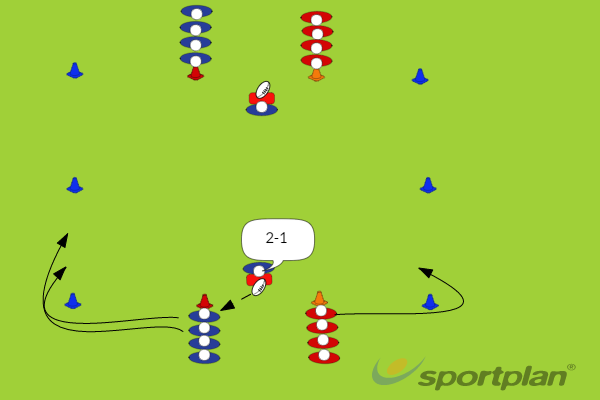