1) Red and white players run accross towards opposite corner with ball in two hands.

2) When they reach the opposite cone they place the ball in front of the blue and yellow players. and join the back of their queues.

3) The yellow and blue players then return accross the grid again placing the ball in front of the opposite player when they reach the opposite cone.

4) This is repeated until all players have had at least one go.

5) Variation: instead of placing the ball, pass the ball to the opposite player. 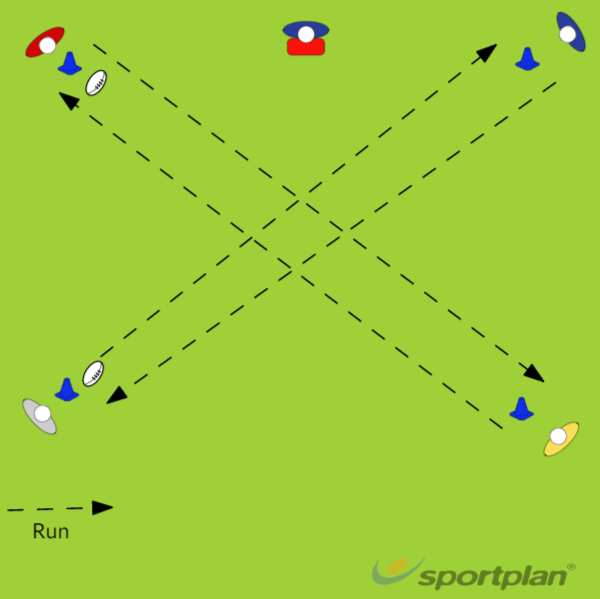