Watch the Core - Explain that if you watch the attacking players head, legs or the balls they could change when they move. The players core will always go in the direction the player will run

Elbows in tight [Jazz hands] - Elbows close to the body when going in for the tackle, if your arms your arms out wide you are unbalanced.

Ask a player to hold is arms out wide and push them [lightly] in the chest, they will move back. Then Ask the player to hold his elbows in close to boot [hands almost in a Dinosaur pose] and then push them. it will be harder to move them

Crouch position head up - Low to drive through, eyes on the core. If your head is down your back is bent!!

One vs One - Watch the attacking players core.

Crouch Position and heads up 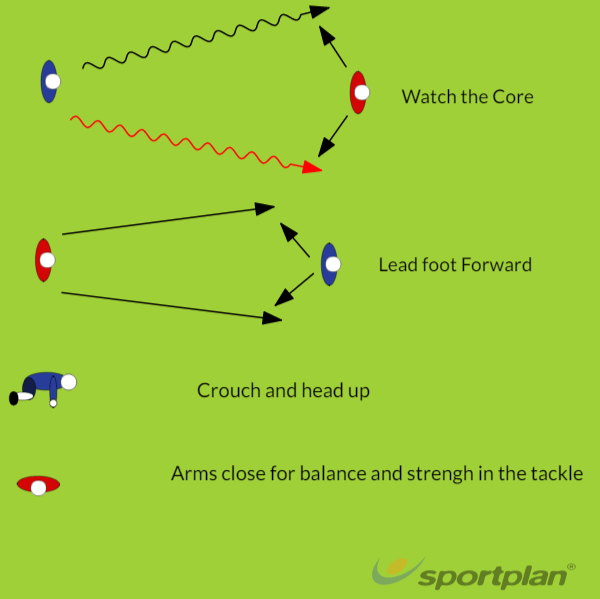