test one: the player just has to start by throwing the ball in the goal then in the the next lane he/she runs to the power pad but before hitting they quickly pass into the net as they go through the lanes the goals get futher away making the drill harder and less boring. then onto the last lane. its exactly the same routine but they have to throw the ball and try and get it to bounce/land in the circle marked.

for each lane someone will throw the player a ball to then off load.

onto test 2: so with the goal its the same as test 1 but just standing still and with no defenders just bop the ball in the net then they come into the secong lane and have to hit the power pad go to the floor and off load/bop the ball to either of the reciving players and continue to the end but on the last one they have to hit the defender but try and off load before going to the ground, whilst being hit and pressured. 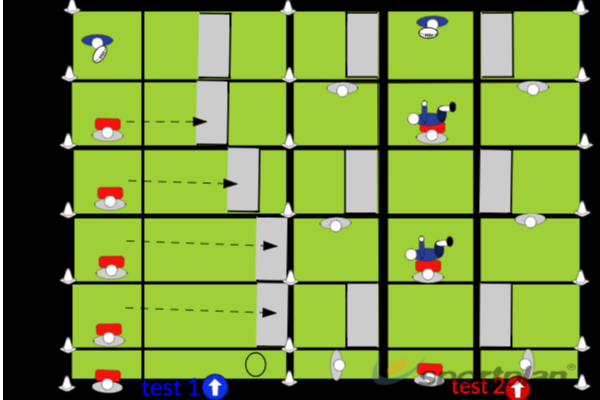