Players form 2 line in the middle of one side of the 3m grid.

The attacking line hold a rucking shield and starts back to back with the defensive player.

The attacking player can run any line they like as long as they run in a straight line.

The defensive player has to make a tackle and bring the attacking player to the ground or push him out of the side of the grid.

After the player have started making good tackles have the attacking players drop the rucking sheilds and carry a ball instead. 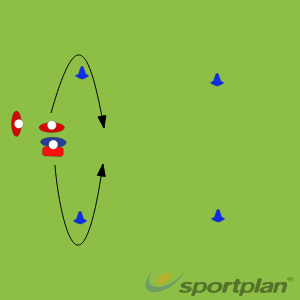