The wing attack and the goal attack both start with a specific colour of ball. The aim is to pass the ball in the opposite direction until they both receive a different ball they started with. Each player has approximatley 3 seconds to catch and throw the ball to the next person. The pass done in this warmup would be  would be a chest pass.

To make this warmup more effective as a coach make sure the correct technique of a chest pass is done by all players correctly. The ball should be deliverd at chest height. Fingers should be spread in other for the ball not to slip out of your hands. While in that position elbows should be towards your chest and the pace of the pass hsould be fast. 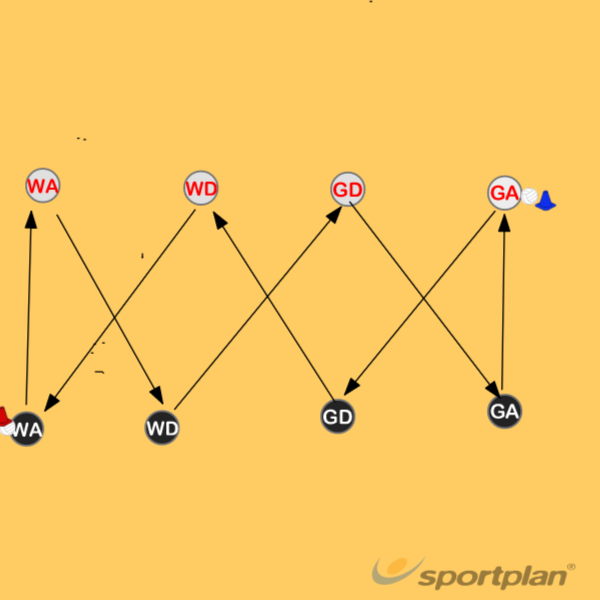