left foot pass principle
Opponent can’t defend the bit of space between their left foot and reverse stick. That’s always open!!! You can play through that hole all the time.

NB name is confusing, because for player with ball it’s the right foot of the opponent. No worries if you call it right foot pass.

2V1 length:
* stretch as far as you can (to make sure opponent can’t come back if pass has been given).
*  always straight passes (in space, other player will run to ball)
* player with ball needs to commit the opponent to play team m ate free.
*. ball receiver receives OPEN (= feet towards goal to accelerate so defender can't catch him) 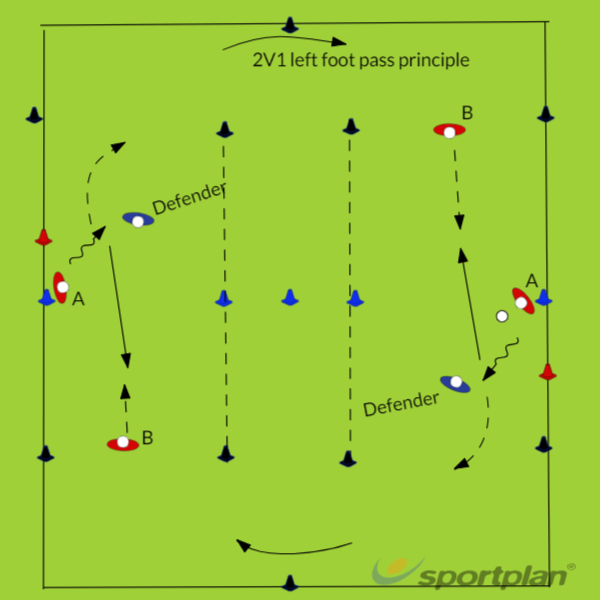