Split the pitch into two halves. With two teams; 1 in each half. Each team has 1 football.

Each player is given a number. Each team is to practice keeping possession of their football inside their designated area.

The coach is to call a number and that player must now cross into the opposing teams area and win possession of the ball. Once this has been accomplished 2 points are to be awarded to the team who won possession first and one point for second place.

Introduce two small goals on each side of the pitch. Points scoring changes now to how mant goals can they score by passing the ball through a goal to a team mate until possession is lost.

Can players show efficient movement off the ball

Can players make correct decisions in order to keep possession 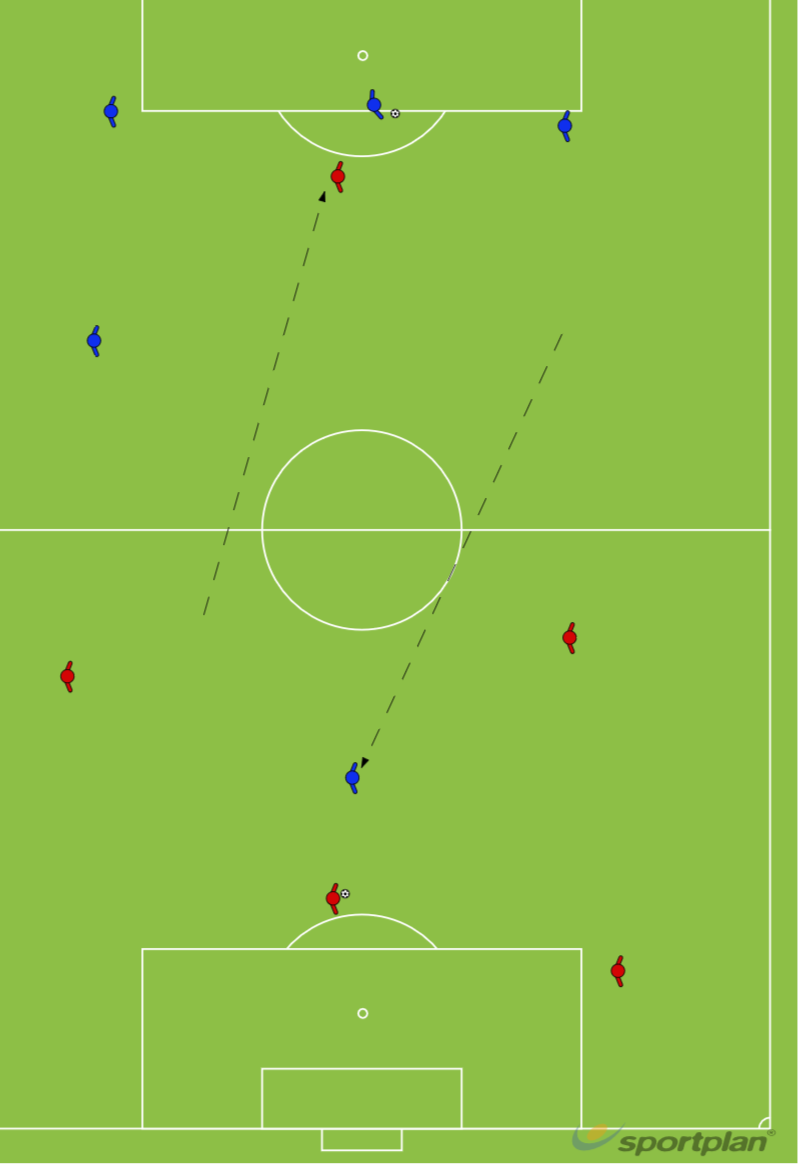 Ball in the box