Servers attempt to serve with a purpose (varying targets).

Passers attempt to get out of the drill by passing a "3" or "2" on serve receive attempt.

Servers stay on their side serving until passers get out of drill.

Servers serve "with purpose".  They attempt to vary their serves, move the passers around, serve long and short, purposefully pick a zone, and work on their serving technique.  While servers should attempt to stay on the edge of their physical and technical capabilities, at some point this is also a serve receive drill and servers must get balls in the court.

Many variations, depending on what is most important for the team.

Scores - Servers serve a set number of serves.  Servers score when they ace or force the passers to pass a "1" or a "0".  Passers score when they pass a "3" or a "2" and when the servers commit a service error.  After both teams get a turn at servers and passers, total scores are tallied and compared to determine a winning side. 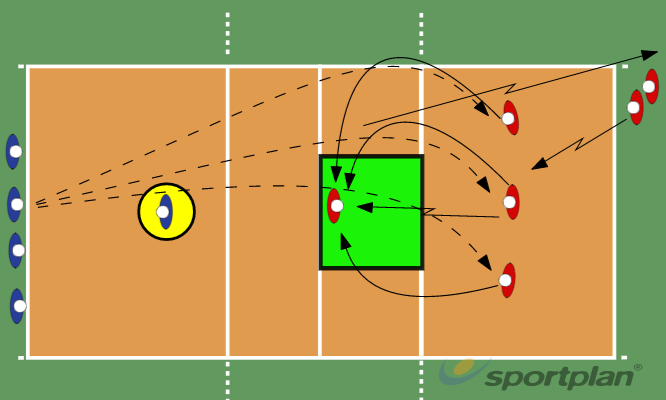 Back Court Setting in a Game