On each end of the floor, have an assistant or manager stand at the arc as a token, stationary defender (does not actually steal the ball or defend). You could also use chairs or cones. Each player has a ball. The first player in each line starts at the half-court sideline and dribbles up to the token defender, and then executes the dribble move that you have told the group to do.

After making the move, the player dribbles around and shoots the lay-up (or a jump stop and short jumper on the crossover move to the lane). He/she gets the rebound, dribbles to the opposite corner, pivots and dribbles up the sideline. We have two chairs (or cones) along the sideline and we have them make another dribble move on each chair and then get into the line going the other way. 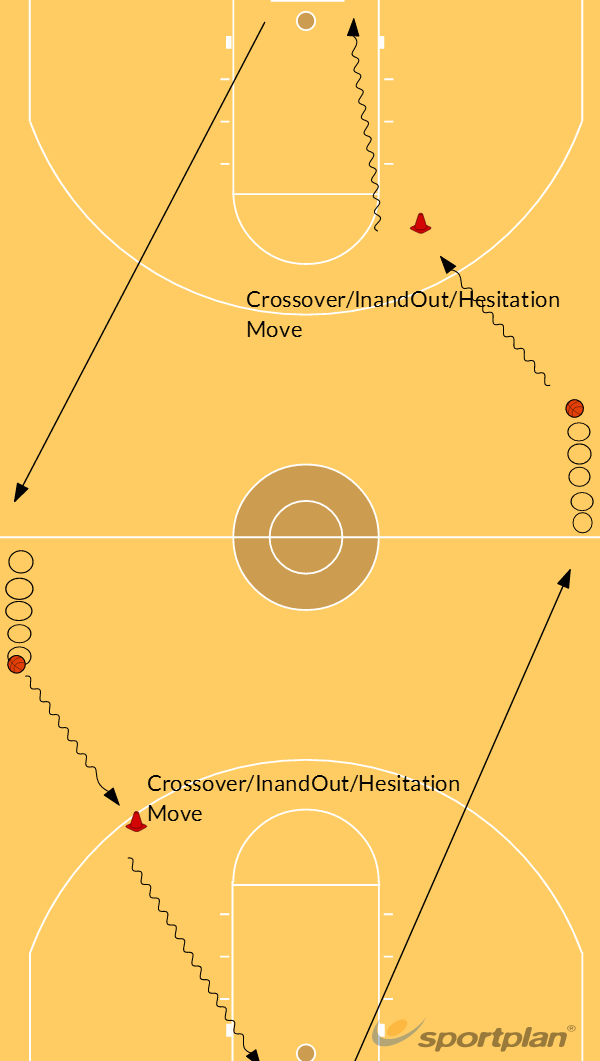